The Internet of Things in sports by Andrew Niven

On the 5th of August, the greatest athletes the world has ever seen will gather in Rio de Janeiro for the 31st modern Summer Olympic Games.

On the 5th of August, the greatest athletes the world has ever seen will gather in Rio de Janeiro for the 31st modern Summer Olympic Games. It may seem presumptuous to describe them as the best the world has ever seen – but in general, this is a totally reasonable claim. The world of sport has changed immensely in the last hundred years. The transition of sport from a pastime of the wealthy to a highly competitive industry around which whole careers are built has brought with it money, prestige and, most interestingly, science. The true impact of training and dieting regimes used to be extremely poorly understood: people would generally go with their gut instinct, eating and exercising in whatever way felt good to them. The application of rigorous scientific and analytic principles to sporting preparation has allowed phenomenal improvement in attainment – for example in the men’s marathon, which saw the world record decrease from 2 hours and 55 minutes to 2 hours and 3 minutes in only 98 years.

Even more remarkable than how far we’ve come, however, is how far we still have to go. After decades of research, there is still a remarkable lack of clarity on many of the fine details of training. Should someone lift heavier weights with fewer repetitions, or lighter weights with more? What’s the optimum? How quickly should they eat after a training session? And, more importantly, what should they eat? There are countless questions that still to this day lack satisfactory answers. Although numerous firms claim to offer “scientifically proven” solutions, an athlete will more often than not find themselves bombarded with contradictory advice, all of it claiming to be backed up by empirical data.

The reality is that the human body is simply so complicated that the one-size-fits-all solutions pioneered by early sports scientists are becoming outdated. We now have a great understanding of the general, average characteristics of the human body, and this understanding has allowed amateur athletes to compete at a level which would have made them world champions in the 19th century. As we were told in primary school, however, everyone is unique – and this is where the internet of things can come in.

The internet of things refers to a vision of the future in which everything you own, from your fridge to your dog, has sensors and internet capability to allow it to interface with the world around it. This is enabled by the cheap mass production of complex, reliable and tiny electronic components. The potential of this idea is enormous, and in few areas more so than in high performance sport – an industry in which the difference between success and failure is often only fractions of a percent, and where coaches, athletes, and sponsors will pay a premium to find those fractions they need to win.

The beauty of the internet of things is that the data it collects will allow athletes to tailor their programmes to themselves. A sensor embedded in a tennis racket, for example, can tell the player where in their swing needs the most improvement. A rowing crew can analyse its timing down to the millisecond to ensure everyone is keeping in rhythm correctly. The days of guessing at what the biggest problems are will soon be over, allowing teams and individuals to quickly identify an issue and work on it until it is resolved.

This is without even getting into the enormous potential of biosensors. Wearable tech is one aspect of this, but swallowed or implanted technology is coming closer and closer to reality. This could provide reams of data about all aspects of an athlete’s physiology throughout their exercise and recovery, from their heartbeat to their lactic acid levels. This would not only give researches a much better handle on how the human body reacts to training, but would allow the individual athlete to fully understand the significance of this research to themselves. All our bodies are different, and some individuals may respond in completely different ways to different things: with the advent of the world of sensors, we will finally know where on the spectrum we fall, and what to do about it.

The field is ripe for innovation. It is a new technology with new applications being imagined every day. The key will be in communicating to athletes and coaches why a particular product is worth them spending their money on. Some technology will offer only a marginal benefit; some will offer none at all. It will be the job of the innovator not only to identify the areas where the biggest impact can be made, but also to convey these benefits clearly to the sports community. Many players will be wary of a new technology until it can be proven to be beneficial: big data now dominates in baseball, but this only happened because Oakland Athletics used it to start beating everybody. Innovia will be well placed to take advantage of this new revolution: we have extensive experience working with high performance athletes, we know how to explore the full potential of new technologies, and most importantly we know how to convey the benefits of our work. The future of sport is on its way – and maybe to the athletes of the future, a 2-hour marathon will look as slow as a 3-hour one does today.

Humans began cultivating crops over 10,000 years ago. Since then, farming practices have evolved...... → 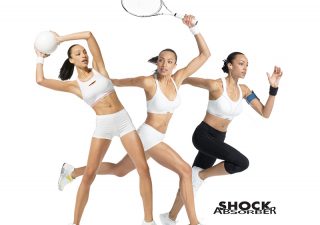 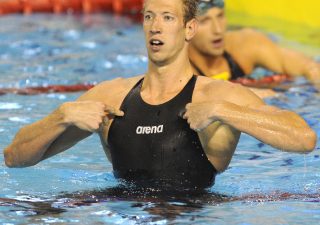 The design of their swimsuit affects a swimmer's performance. Innovia helped develop the record-breaking Powerskin X-Glide…

Athletes need to understand the benefits conferred by sportswear before they switch. Innovia helped define the core principles of Arena’s new swimsuit…